Infertility is caused by many factors of which low sperm count is a major one. If low sperm quality is also there then it will lead to worse situations. Poor sperm quality is the reason behind most of the cases of infertility in men. The condition is often frustrating and disheartening but there is treatment available for it. If you are in Bathinda and stuck with such a problem, you can opt for a test tube baby in Punjab through IVF.

The condition is medically known as Oligoasthenoteratozoospermia (OAT). It is a collective term used for poor quality of semen with the following symptoms:

The term oligoasthenoteratozoospermia is used if all three factors are present.

The causes of OAT are divided into four factors: Genetic, Lifestyle, Testicular, and Testicular/ejaculatory dysfunction.

Genetic factors include the defective DNA in the sperms , defected Y chromosome, and various disorders like Klinefelter syndrome. These conditions cannot be rectified but the person can opt for IVF if he wants to become a biological father.

These involve the habits and conditions that have a direct influence on the man’s sperm. Most of these factors can be changed by adopting a better lifestyle thereby improving the chances of conception of his female partner. Here’s a look at them-

Smoking: has a major influence on male fertility. Smoking reduces fertility by significantly lowering the sperm count. It is not the only parameter affected by smoking. It also reduces sperm motility.

Alcohol: Consumption of alcohol is responsible for significantly lower a man’s testosterone levels.

Both things should be avoided as much as possible.

Obesity: is another factor that is responsible for causing hormonal changes to the extent that they are rendered infertile. If the BMI of a person is over 30, it will cause a major influence on the fertility of the man. On the other hand, being extremely underweight also causes a lot of problems. You have a reason to worry if your BMI is lower than 18.5.

Ejaculatory Dysfunction Refers to a problem in a man’s ability to ejaculate. It also includes anything that obstructs the flow of semen from the male genital tract. Other factors include:

Infertility: What are the various reasons for fertility problems in males? 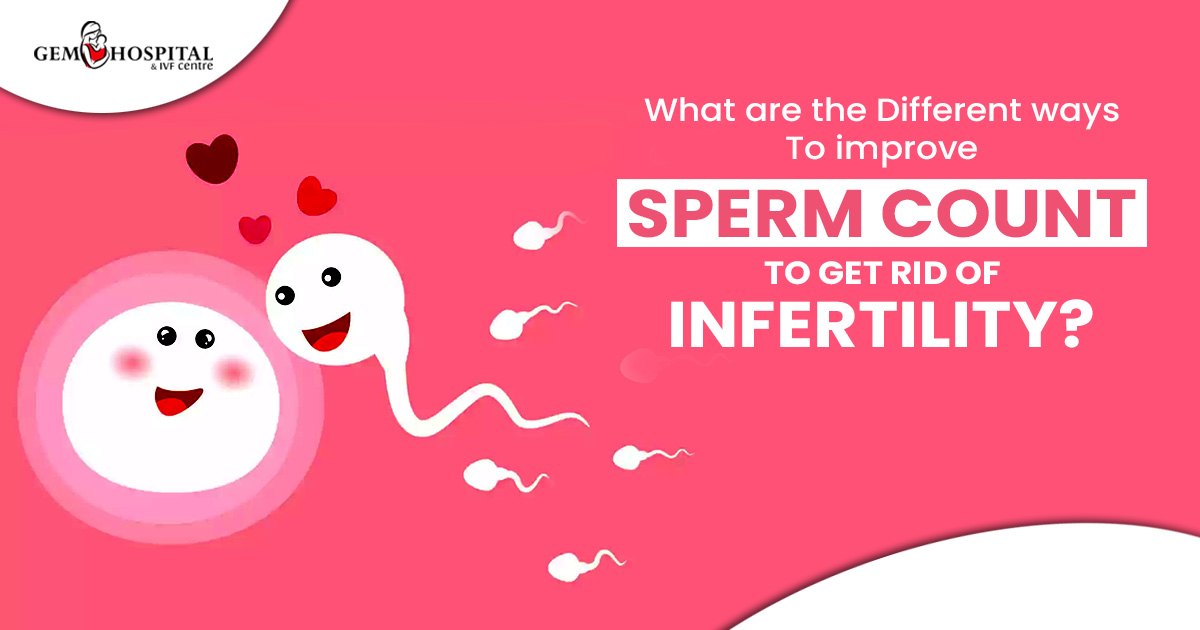 What are the different ways to improve Sperm Count to get rid of infertility?