Can a couple have safe sex during pregnancy? What are the myths and facts?

Can a couple have safe sex during pregnancy? What are the myths and facts?

Usually, the same question is being asked to the gynaecologists, whether a couple should do sex during the pregnancy or not? So in today’s blog, we shall be discussing this topic. So are you ready then?

The couples believe in the myths that doing sex during the pregnancy will somehow harm the baby. But the fact is something beyond your imagination. The baby is protected by the muscular walls of the uterus, and the amniotic sac’s fluid which acts as a cushion and does not let the baby hurt.

When do the gynaecologists suggest avoiding sex?

The gynaecologist will only suggest avoiding the sex when the woman is nearing her delivery period.

What are the two theories regarding prostaglandin (a hormonal constituent of the semen)?

Some gynaecologists suggest not to engage in the intercourse act as the semen contains prostaglandins which are accountable for causing the contractions.

While some doctors suggest doing sex believing that the hormonal constituent i.e prostaglandins can induce labour in the woman.

Valid Reasons of WHY NOT TO DO SEX during pregnancy

The gynaecologist will suggest you avoid doing sex if you are:

An important point to note

If the doctor has advised you to avoid sex, then everything that is related to sex or can contribute to sexual arousal should be avoided.

Every woman is different

The pregnancy experience of every woman is different. Some may not like to have sex at all while others are experiencing more sexual arousal as compared when she was not pregnant.

What sexual changes will you encounter during pregnancy?

Usually, the women do not feel the sexual drive in the first trimester as she is bothered by the following:

In the second trimester, the orgasm is enhanced because of which the woman wants to become sexually active.

As the delivery period is nearing, the woman may not want to have the sex as it may feel significantly uncomfortable.

The missionary pose of having sexual pleasure should be avoided after the fourth month of the pregnancy.

During the pregnancy, the vagina may experience dryness. To make it wet you can make use of the lubricants.

Enjoy the following instead

Being a couple, sex and foreplay are the things that show your intense desire to shower your love. If sex is to be avoided, then you can surely follow the following:

As soon as you have delivered the baby you enter the postpartum period. This period lasts for 6 weeks. You are supposed to avoid sex during this as the vaginal tissues are heading to get healed.

What are the effects of diabetes on reproductive and sexual health? 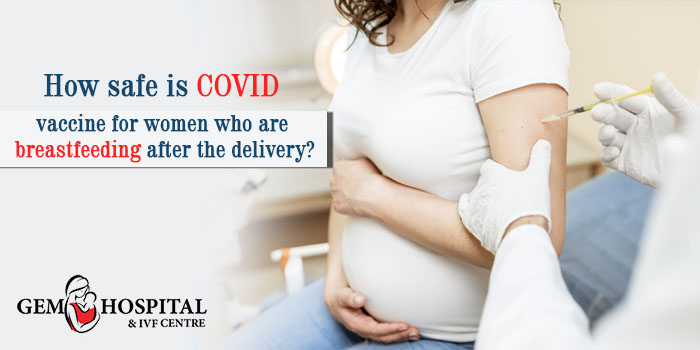 How safe is the COVID vaccine for women who are breastfeeding after delivery?